The staff at Coeur Custom wanted to show our customers what a complete restoration project looks like from start to finish, so during the coming months, we’ll chronicle the restoration of a 1946 Chris-Craft Sedan Cruiser. In the blog posts, we’ll detail challenges, successes and what to expect when you work with our restoration team. This is the first installment of the series.

As a kid, Jerry Neeser spent summers on Lake Pend Oreille on his father’s boat. The family owned a 1946 27-foot Chris-Craft Super Deluxe Sedan Cruiser, and Neeser remembers piling into the boat to pull up on sandy beaches near Sandpoint or drop a line in the clear North Idaho water.

“I spent many days on that boat, fishing with my dad, skipping school,” Neeser recalls.

That was decades ago. When Neeser was 16 years old, his father sold the boat and the family thought it was gone forever.

But now, the boat has come back into Neeser’s life, and the Alaska resident is embarking on a mission to restore the family heirloom to its former glory.

Neeser grew up with Jerry Jaeger, president, and co-founder of Hagadone Hospitality Co., so when Neeser decided he would need a restoration company to help him undertake the project, Jaeger was his guy. This is the second boat Neeser has sent to Coeur Custom.

“It can be very challenging to bring a boat back to life, but they keep you informed, step-by-step,” Neeser said, adding the staff is honest and upfront throughout the entire project. “They also do impeccable work. They’re really good at what they do, and they don’t shy away from getting in there and doing the hard work.”

After Neeser’s father sold the boat, his 14 children assumed it was gone for good. The children moved on, created their own families, and eventually, Neeser’s father passed away. However, two years ago, Neeser was buying a 1949 Chris-Craft boat of his own in Bayview when he and his siblings began looking around the boathouses onsite.
One of Neeser’s siblings recognized the former family boat, floating in one of the boathouses in Bayview.

Neeser and his siblings were thrilled. One of the best parts of their childhood had resurfaced. Four of Neeser’s siblings and a family friend joined together to purchase the boat, and for nearly two years, they enjoyed playing on the vessel.

However, the boat needed a lot of restoration work, and eventually, the siblings knew the upkeep would be more than they wanted to handle — the boat has extensive dry rot throughout parts of the interior and exterior, and the interior is in desperate need of an upgrade.

Neeser decided to take the boat and have the staff at the Resort Boat Shop complete the wood boat restoration project to save the family heirloom.

There’s a lot to be done — stick with us as we restore Neeser’s boat to its former glory! Do you have a question about a restoration project? Contact us today to get started. 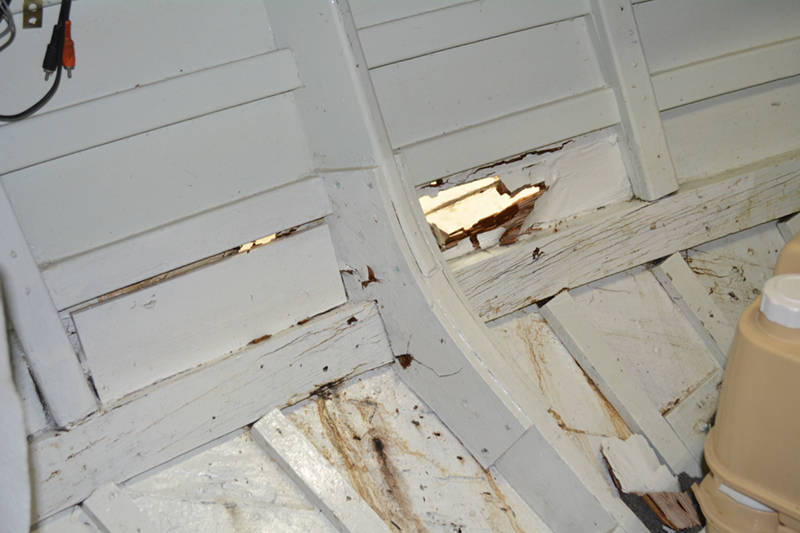 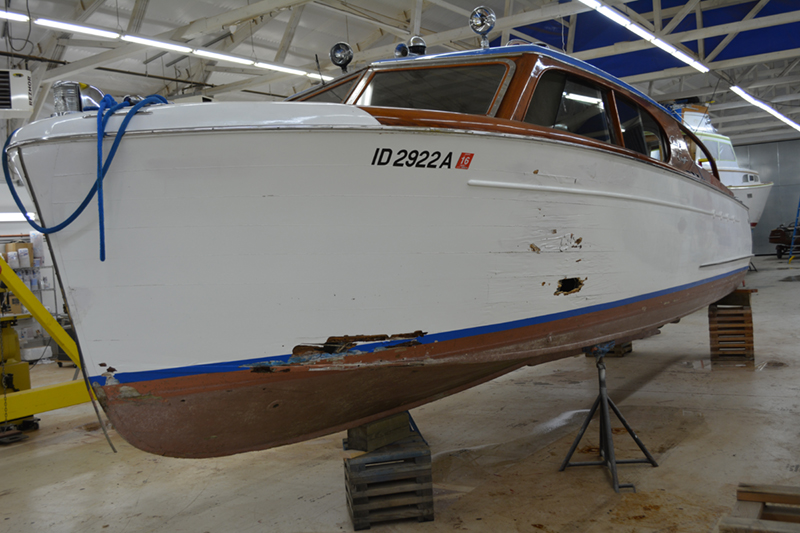 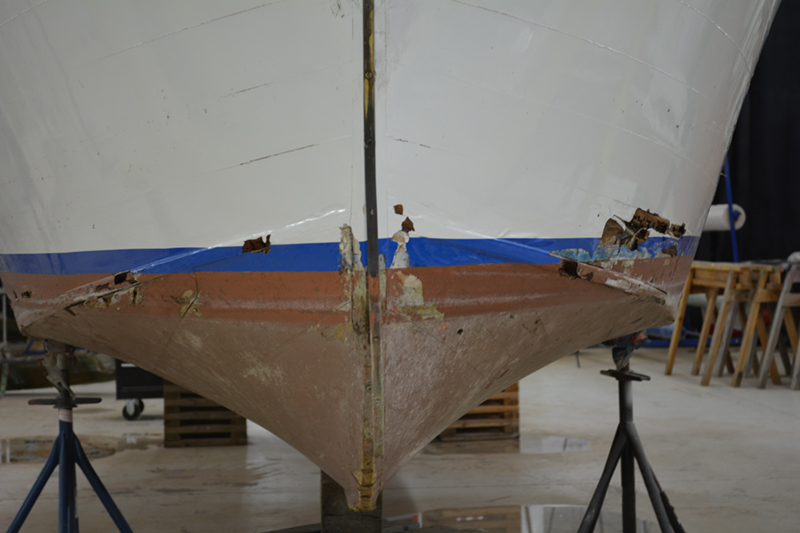 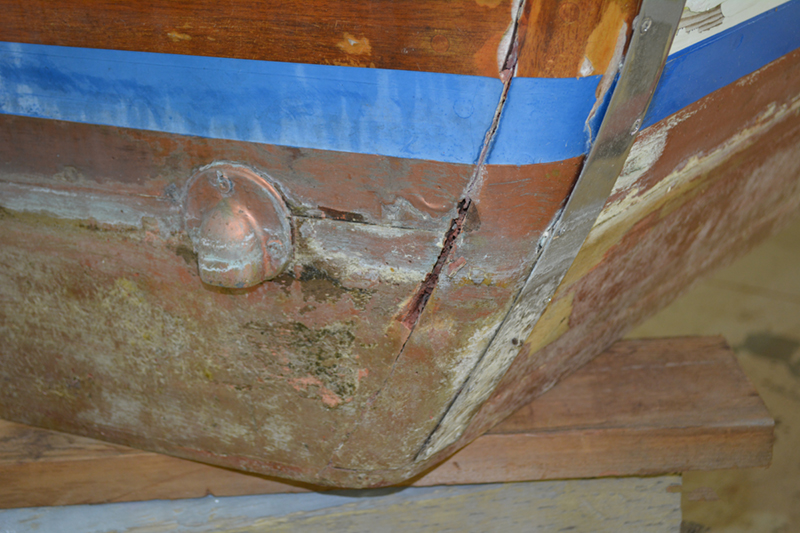 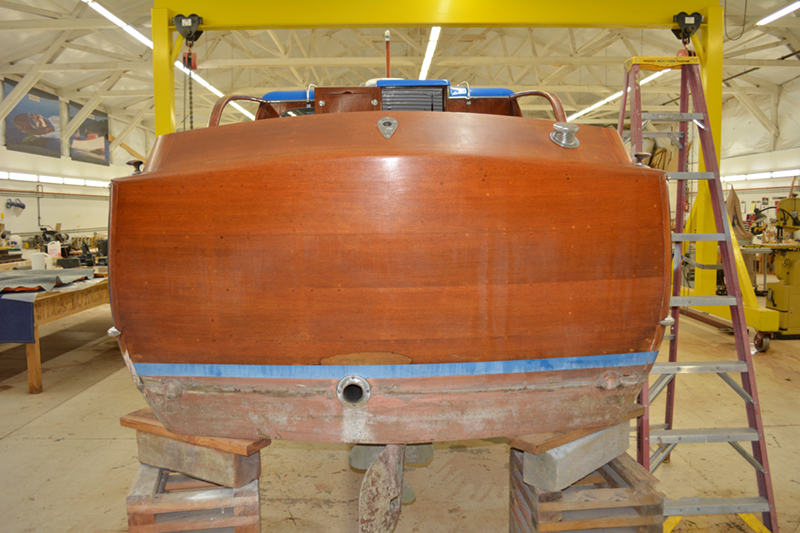 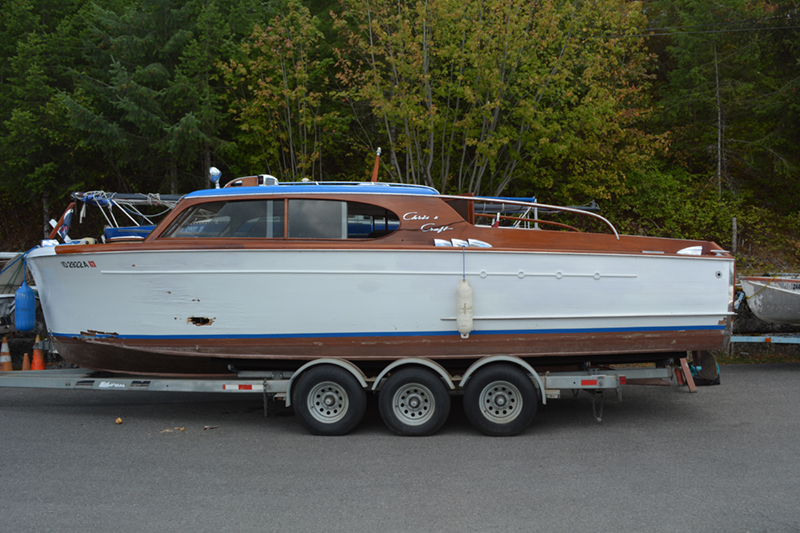 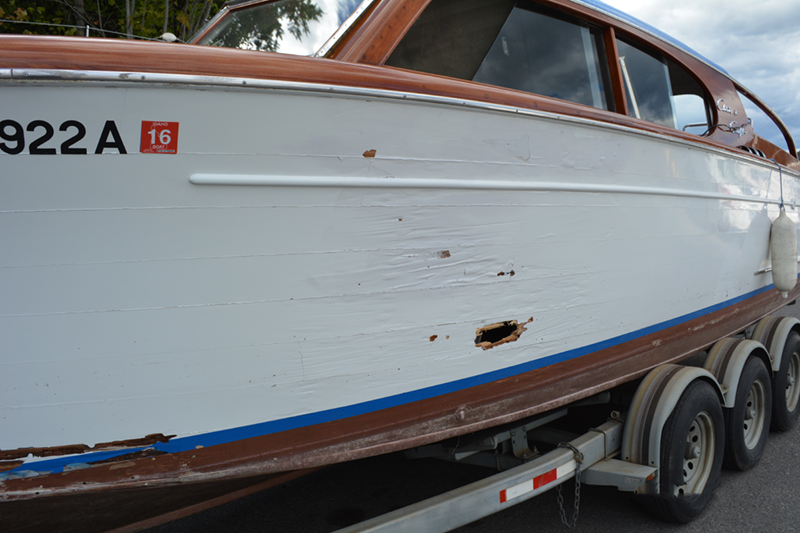 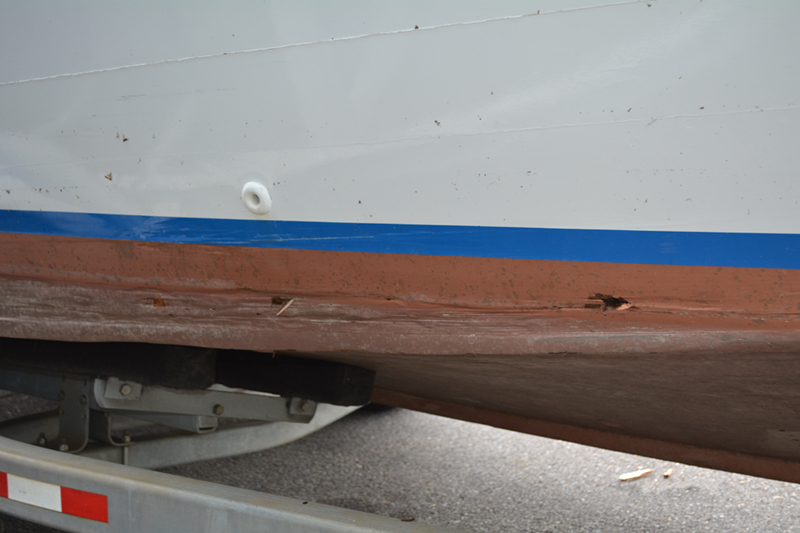 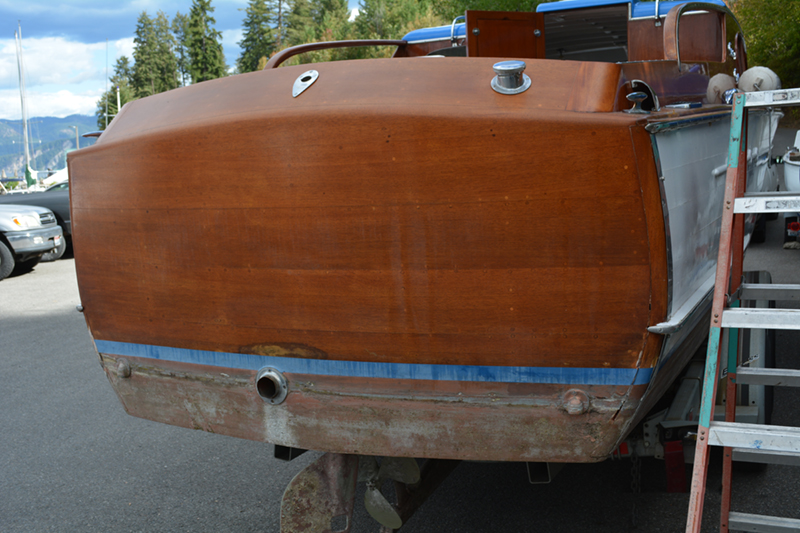